Julia Gillard said plenty of wise things during her televised conversation with Anne Summers last Monday, but one sentiment has really stayed with me.  Julia, responding to a young woman, spoke about the importance of self-image, about being okay with who you are and ignoring the perceptions of naysayers. Of course, there is a middle ground here: Julia certainly wasn’t encouraging egotistical self-love or narcissism. Julia Gillard herself is a testament to this; she is an idealist, measured and poised, but unashamedly altruistic. That’s the Julia I’ve observed anyway…you may beg to differ.

The interesting thing is this: I could not have publicly stated my admiration of Gillard five years ago. I was terrified of having people judge me. Something has shifted in my old age, and I have grown more resilient; more comfortable in my own opinions. I like to think that I’m always open to changing those opinions, given enough new information, but for now, I think it is a travesty that Gillard has left The Lodge.

We hear a lot about resilience these days; about nurturing it in our children, in ourselves. Sometimes I wonder about what exactly forged my new-found strength of spirit. Was it giving birth, twice over? Was it the pain of writerly rejection? Was it simply maturity? Or being too damn busy to worry about what other people think of me? Don’t get me wrong, I’m still as self-conscious as the next relatively well-adjusted person, I’m just not paralysed by it. And self-reflection is valuable, just not the debilitating kind that I used to engage in. I care deeply about what the people I admire and love think of me: they are the ones who matter.

I remember a day in 2001 when I had my first taste of self-worth, or, at the very least, I felt ‘okay’ with being me. It was a fleeting moment, over almost as soon as it began. I was young and shy and profoundly insecure. I was messed up. I needed Headspace. I was so preoccupied by other people’s perceptions of me (real and imagined), by my appearance, that I could barely function socially; barely make an utterance without complete neuroses setting in.  I let the negative self-talk drown out everything else. I wasted so much time…

I had been living and working in a backpacker’s hostel in Melbourne for about four months, attempting to work on my anxiety by taking a great leap into the wide world. I was nineteen and I went alone, in the hope that I could start afresh: be a new person. Regular evening drinking sessions allowed me to relax and forge friendships that carried over into the days, when even sobriety could not dampen the camaraderie of the night before. I felt that I was making headway.

On this particular day in 2001, I set my alarm for 3:30am and a group of us caught a taxi into the city. The bitumen on Princes Bridge was shining, damp, and the mauve light was starting to gleam on the horizon, nudging at the night . There were hundreds of people, waiting, whispering.

The man arrived with his megaphone and assistants, directing us, thanking us for being there.

We left our clothes in a hundred puddles behind us, and that moment always makes me think of a Patricia Piccinini exhibition: flesh, pink and white and deepest brown, errant hair, pimples and eczema, ribs and rolls, breasts that you could tie in a knot, wobbling dimpled buttocks: everyone, a little bit mutant in their own way. I’ll never forget the way people smiled at each other; there was a sudden absence of fear and, adrenalin aside, an odd comfort in being amongst our own with none of the trappings. The gonads, that were everywhere, suddenly became invisible; they were no longer loaded images.

And Spencer Tunick captured us this way; en masse, without fear or pretension; just us, as we were. It was a profound moment for a nineteen year old girl on the run from herself. It took another five years, and motherhood, before the epiphanies of that day really embedded themselves in my consciousness. Like everyone, I still occasionally grapple with my ego and my insecurities, but I’m okay with who I am and what my body is.

Funnily enough, I haven’t become a naturist but I will remember that day for the rest of my life, in all its vivid colour. I wish that I could impart some of that transient understanding to my own children and my students, but I tend to think that they’ll have those moments of discovery by themselves, as part of their own trajectory. I’ve learnt, that not only do we come in all shapes and sizes, but that we each arrive in the world with our own temperament and disposition. When I encounter low risk-taking personalities in my students, I recognise myself as a child, and I hope that their own process of discovery, of self-acceptance, is expedited in some way. If I could speak to my adolescent self, I would direct her to a wonderful role model:  Julia Gillard, a woman who endured the most vicious of personal attacks, and yet, emerged graceful, composed and strong. 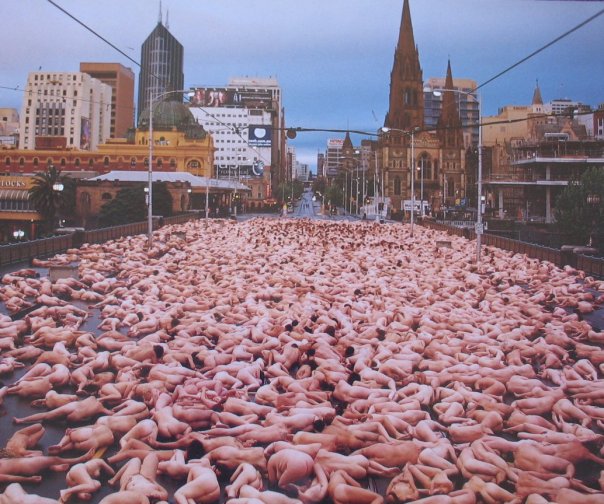